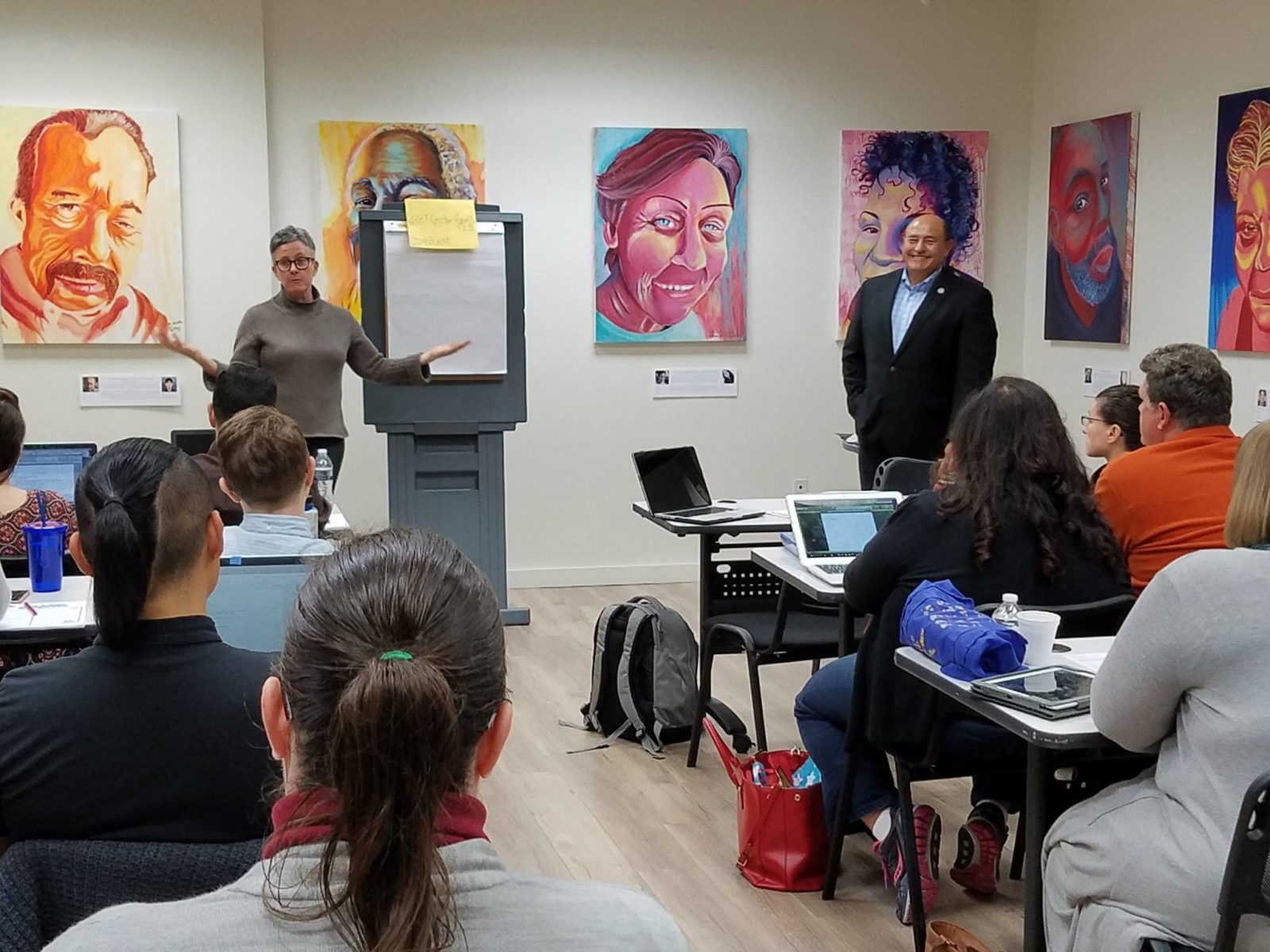 Among Congressional Districts that sit within Orange County, the 46th is unique. While other OC-area representatives avoid their constituents, 46th District representative J. Luis “Lou” Correa seems to have the opposite approach.

Many of us were surprised to see Lou drop in to a 46th District gathering on February 18 in Santa Ana hosted by our fellow 46th-er Laura Kanter.

Lou dropped in as a surprise special guest and spent nearly 30 minutes answering questions and discussing his first month in Washington.

Lou explained that he sits on the House Committee for Veterans’ Affairs Economic Opportunity Subcommittee and the Homeland Security Committee. Those committees are big opportunities to push influence in Congress.

Through those committees, Lou is pushing concerns about the wall and immigration, working to protect equal rights for veterans, protecting VA funding, and many other things. As of this writing (he has been in office for one month) Lou has sponsored or co-sponsored 17 legislative items, many of which are focused in his Committee arenas. Bookmark Lou’s page on Congress.gov to track his legislation.

When asked his opinion about the work Indivisible is doing across OC, Lou opened up about his decision to get involved in 1993, at a time when few Latinos held public office in Orange County. He knocked on doors for three years before he held his first elected position.

Lou stressed the power of coming together. “I have been asked, ‘What are you going to do now that you’re a Congressman?’” said Lou. “But the real question is, ‘What are we going to do?’”

As of this writing, Lou Correa is a rare OC-area Congressional representative to host a Town Hall during the legislative winter break – and he’s hosting three of them.