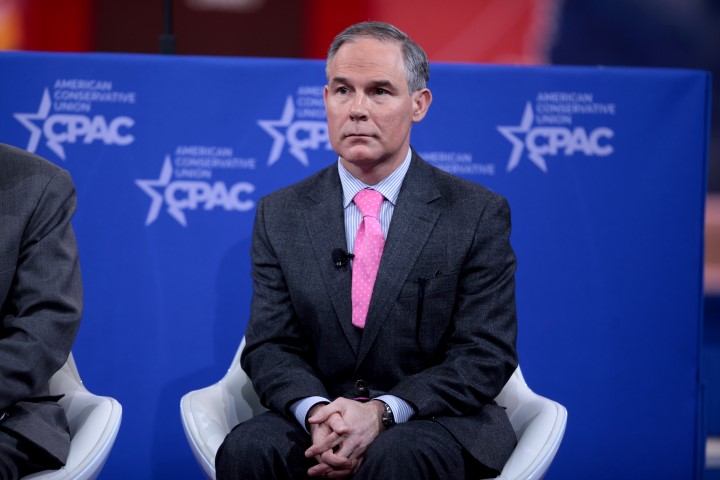 The confirmation of Scott Pruitt, nominee for the Environmental Protection Agency, might happen on Friday. Republican Sen. Susan Collins of Maine announced she’ll vote no to the man that has sued the EPA 14 times as Attorney General. Call our senators and ask them to join the Sierra Club is stopping his nomination. Sample script is below.

Hello, my name is [name] and I’m a constituent from [your city]. May I speak to the staffer who handles environmental issues? [if not there] May I have their name and email?

I’m calling to ask Senator [name] if he/she supports the confirmation of Scott Pruitt as administrator of the Environmental Protection Agency?

[if no] Thank you. I support the senator’s opposition to Mr. Pruitt. I’ll let my friends and family Senator [name] believes in protecting our air, water, and climate.

[if yes or unsure] How does Senator [name] feel about Mr. Pruitt’s 14 lawsuits against the EPA’s actions, including one that would clean smog in our national parks, which he LOST?

Mr. Pruitt has received over $340,000 from fossil fuel industries and according to The Atlantic magazine, used their lawyers to write one of his letters to the EPA. Why does Senator [name] feel Mr. Pruitt will be an effective protector of our air, water, and climate?

I stand with the Sierra Club in opposing Mr. Pruitt as EPA administrator. I’ll let my friend and family know Senator [name] will do little to protect the EPA’s mission.